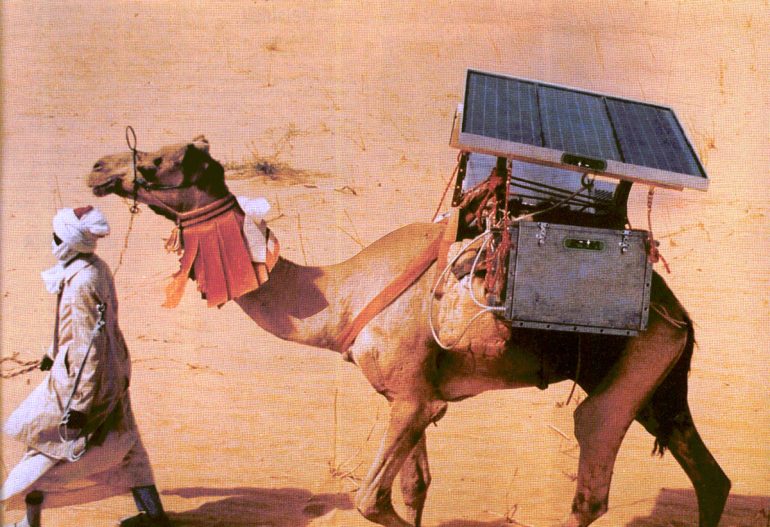 It’s becoming more common to find solar panels on rooftops, but that’s just one of thousands of places where they are generating power. As costs drop and energy production rises, we expect to see many more places where solar technologies are put to work—providing unleashed, inexpensive electricity.

Here are four unusual places where solar technologies are being used today: 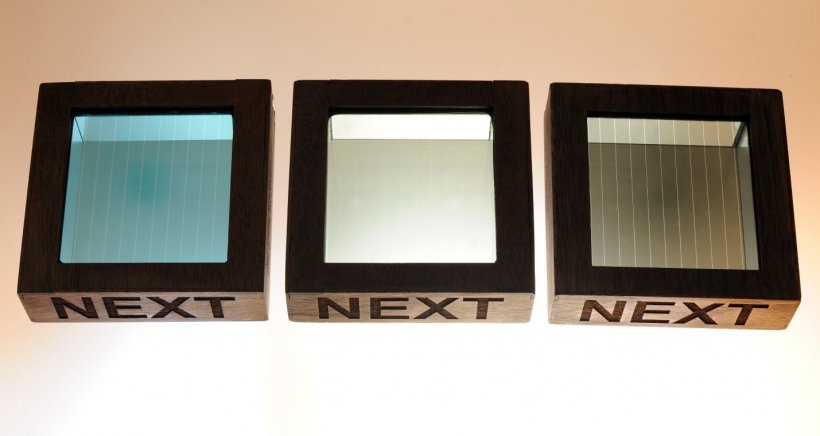 Next Energy Technologies’ windows are being developed to increase the energy efficiency of commercial buildings.

Windows that incorporate photovoltaic cells are being developed by SunShot awardee Next Energy Technologies to increase the energy efficiency of commercial buildings. 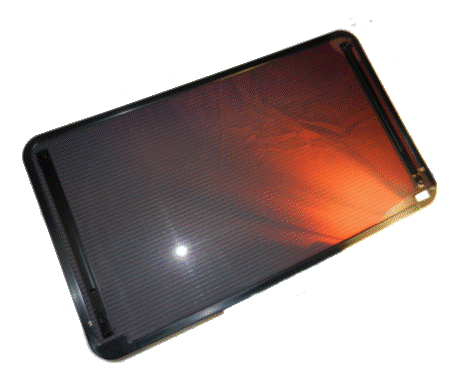 New solar electric window technologies allow visible light to shine through glass panels while simultaneously collecting the invisible rays contained in sunlight and transforming them into electricity. These applications are still exploratory, but one company is working with SunShot to make the technology practical across large sheets of glass, so the windows of commercial buildings can serve dual purposes.

A picture of a solar car roof that is being marketed to vehicle manufacturers.

This ARCO Solar Sunroof was marketed to vehicle manufacturers and aftermarket suppliers in the 1980s as a way to optimize air conditioner capacity.

While there are solar-powered charging stations for electric vehicles in numerous U.S. cities, solar technology is making its way directly into the body of some cars. The 2010 Toyota Prius featured a solar panel on its roof, but the generated electricity only helped to power the car’s climate control system. An updated version of the same car, now being manufactured in Japan, connects the solar panel directly to the car’s battery, increasing the efficiency and reliability of the electrical system. This is a far leap from the first semi-transparent solar sunroof technology developed in the 1980s that augmented the car’s ventilation. 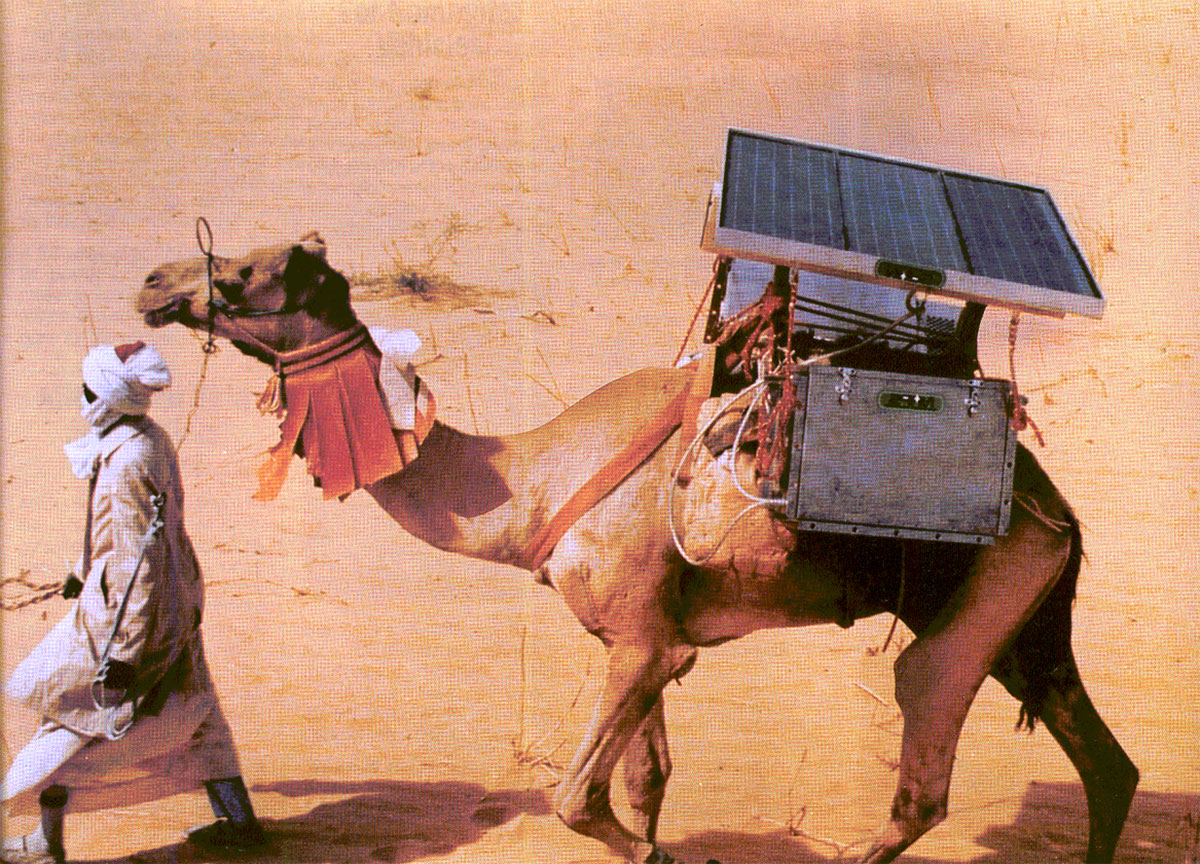 Solar vaccine refrigeration that are easier to transport and also make ice.

Solar vaccine refrigeration has come a long way—much more efficient configurations are available that are easier to transport and also make ice.

In developing countries, 24-hour electricity isn’t guaranteed, and in many cases, there is no electrical grid. In places with a grid, the infrastructure is often so poor that chronic power outages occur daily. Private companies have been manufacturing solar-powered vaccine refrigerators so healthcare workers in remote areas can administer critical medication to those who need it. This technology solution has been saving lives for more than four decades.

Picture of a light that uses solar panels to power LED lights. 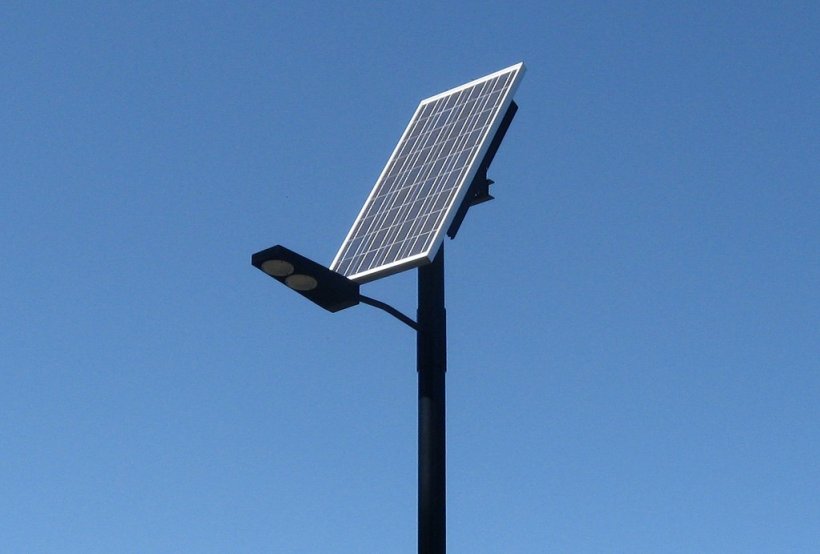 Sunlight can make streetlights function in the evening, and in some cities, internet-linked cameras and sensors already allow them to do even more.

Solar-powered streetlights are currently used all across urban areas. The sun charges a battery during the day so streetlights, now primarily utilizing light-emitting diodes (LEDs), can shine at night. Some cities, like San Diego, California, are using streetlights to optimize infrastructure. The Smart City San Diego Initiative is incorporating smart sensors into streetlights that have the ability to direct drivers to open parking spaces and help first responders during emergencies. Combining internet-linked sensors with solar powered streetlights saves both time and money.

Learn more about the SunShot Initiative’s photovoltaic research and development.